Hello Everyone, Happy Thursday!!! Today's blog post is going to be a little different than normal because I would like to talk about a topic that I have a lot of interest in.

Right now I am going through hockey withdrawal and it absolutely sucks! I miss my Blackhawks!!! IS IT OCTOBER YET?!?!?! 4 LONG more months...
Each year whenever hockey season ends and offseason begins it gets harder to wait for the season to start up again! I think this year for us Hawks fans it's harder because we normally play well into May and June.  This week I was pondering what's it like to be a hockey fan or sports fan in the Chicagoland area and this is what I came up with...

My Background:
For me, my parents raised my brother and I to love and appreciate the game of hockey.
Most of my family plays hockey(my brother plays, my cousins play, my dad and uncle used to play.) So I guess you could say that my family eats, sleeps, breaths hockey. So for me I've pretty much have been around hockey my whole life. We of course being from the Chicagoland area were raised up to like the Chicago Blackhawks.
Why The Blackhawks Are So Great:
The Chicago Blackhawks in my opinion give you pride to be a fan, apart of the organization or apart of the staff. I think the Blackhawks and Chicago sports in general have an amazing sense of class towards other teams, their fans, and their organizations. Blackhawks players have a great sense of sportsmanship and class on and off the ice. To me this why so many of us fans take so much pride in being fans. We are proud to be a part of the hockey "family" especially with an organization that represents so much class on and off the ice.

Our Job As Fans:
As a fan or at least a diehard fan, we are always behind our team win or lose, we always have faith in them when other's may not, we appreciate and have a love for the game and we get to go through thrills and heartbreaks as a "family." As a fan I know that I am faithful in my team and whether they win or lose I will never give up on them. As fans of any team you need to believe in your players and your team.  Being Blackhawks fans we have gotten to be apart of the ultimate experience. Hawks Fans BELIEVE One Goal is all it takes… We believe as long as we have 17 seconds, we can win it… We believe in all of our players, no questions asked… and we know we sure as hell don't give up without a fight.
If you stand by them during the good times then you deserve to stand by them at their worst!!! Stay Faithful!!!
The Ultimate Experience:
I would say that you have to go to a Blackhawks game at least once in your life even if you aren't a Blackhawks fan because I feel like it holds the statement true when I say that we have the greatest fans. When you go to the game not only do you get chills from the cheering during the national anthem but there is so much energy in that building and it's really just a bunch of people getting to root for and watch the team/game they love. I might be biased because I'm a diehard Blackhawks fan but I think that being a Chicago Blackhawks fan is pretty great. A tradition that was started many years ago at the old Chicago stadium and still happens today during the national anthem is when the fans cheer during it. We do it to show respect for the people that have served our country, by no means are we trying to be disrespectful as some people may put it. Then you get to experience the energy that is in the United Center throughout the whole game. I have been fortunate enough to experience a few Hawks games and it really doesn't get any better than that.
My Favorite Times Of Hockey Season:
I would say my favorite times the year as far as hockey goes are playoffs, October and special events that my team is involved in. I get really excited and nervous going into playoffs because as a fan your worst fear for your team is playoff elimination and during the regular season it's having one of your star players get injured, or your team not even making it into playoffs. Playoff hockey is crazy and exciting. There are a lot of blood, sweat, and tears that take place but the outcome is pretty great! Being able to hoist Lord Stanley is every hockey players dream and to see your team achieve that dream or as the Blackhawks would say it "one goal" is truly amazing! Being a Blackhawks fan, we have had the privilege to witness this "one goal" be achieved 3 times in 6 years/seasons and it's a pretty great feeling! 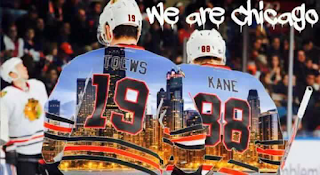 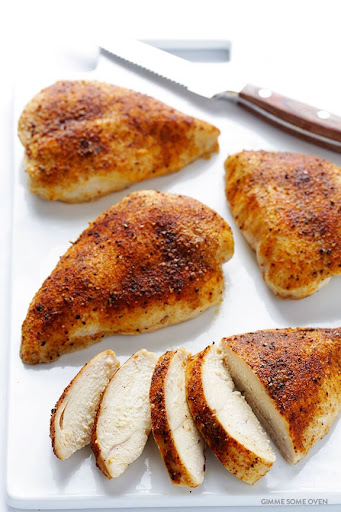